I travelled to Cassino in May 2016 seeking information about her late father’s war years. My trip was organised through Frank de Planta’s cassinobattlefields.co.uk following extensive research and  it is ‘the proudest thing I have ever done for my father’.

“My son Will and I placed poppies on the graves of every man in the battalion who did not survive the battle. I made the trip for Dad and have no doubt that those men with whom he served were in his mind every day, more so as he enjoyed retirement and the company of another generation.”

Frank has since located places and provided me with additional photos which tie in with my own research, including the grave of Major Denis Smith at Faenza (who was attached to 8th Punjab Regt and mentioned with her father in 1944 Regimental War Diaries), and the Monte Grande/Monte Cerere memorial which specifically mentions the 3/8 Punjabis. I plan to visit these locations during a future trip. 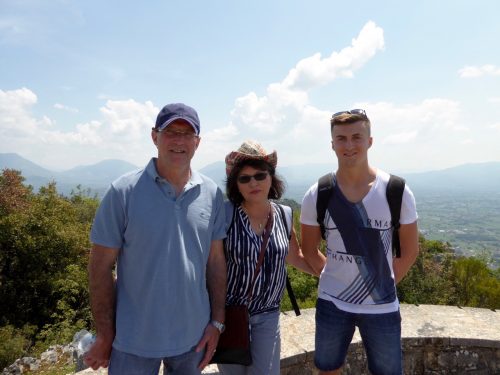 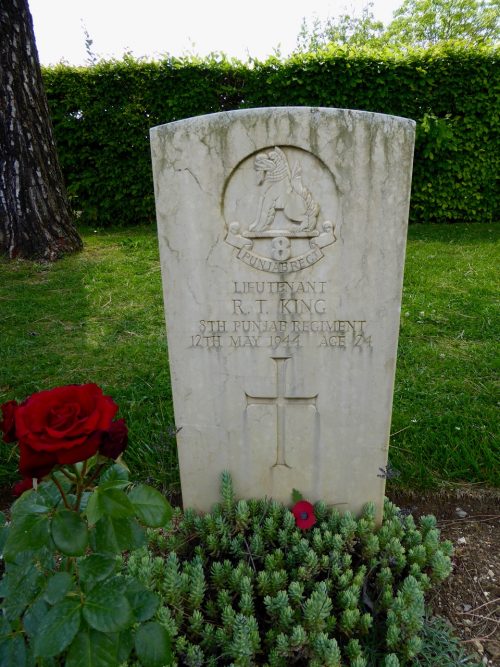 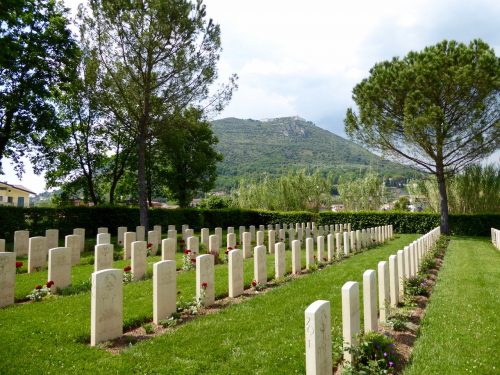 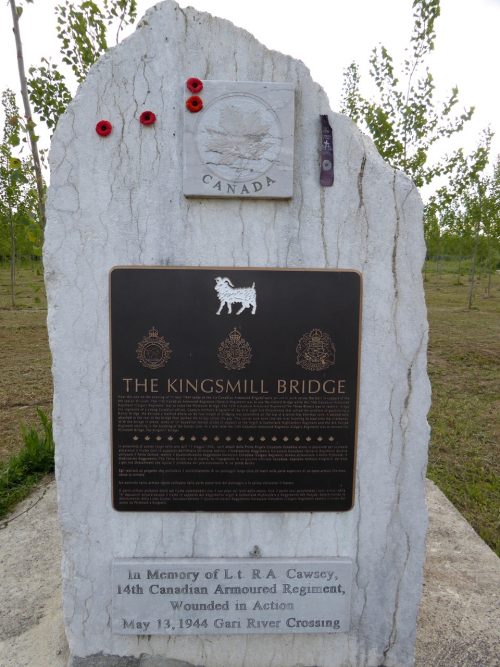 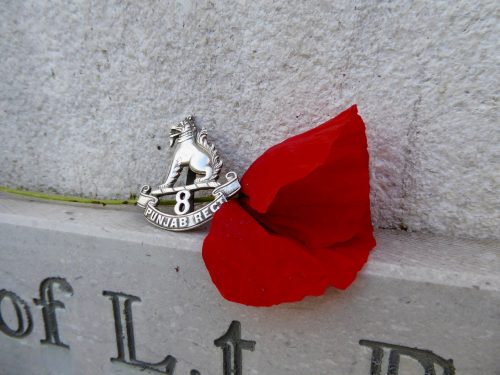 I will end with something which moved me greatly last night and developed from what I did last May at Cassino.

Frank (battlefield guide) told me: ‘Your poppy on every grave is now a staple part of my military groups. The units bring enough poppies for every participant and they have to go and find one of their own. It is moving for everyone and probably the only poppy that has ever been placed on those specific graves.’