In The Spotlight. Frank Bell

In the Spot Light 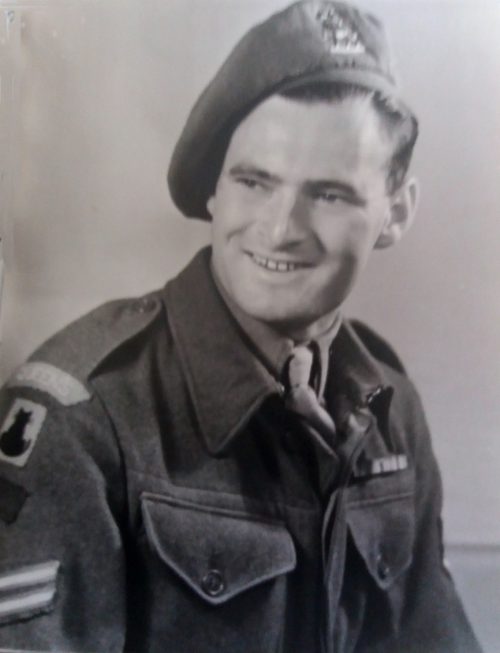 Frank was born on 9th December1922 in Nottingham. Although he was turned down by the Royal Navy at the start of the war, answering his ‘call up’ on 2nd January 1942. He was assigned to the Army and joined the Queens Royal Regiment 56th London Division, his basic training taking place in Ipswich.

He sailed on the Netherland’s ship Johan Van Oldenbarnevelt landing in India after the convoy had been scattered German Naval operations. The Regiment spent a few weeks in Deolali India before they put to sea again on-board the sailing ship ‘The Battery’ bound for southern Iraq, where they under went further training and spent Christmas 1942. The next stop was Cairo arriving in February 1943 but this time making the long dusty journey by road.

The Regiment then followed the 8th Army through Libya towards Tunisia. But it was not until they reached Tunis (Enfidaville) that they saw their first action with the 8th army. Just in time for the mass surrender of the axis forces in the desert.

After being pulled back to Tripoli for invasion training prior to Operation Avalanche the Salerno Landings with the US 5th Army. But the Germans were waiting with their crack Panzer Grenadiers as they came up to the beach head.

After the mopping up operations they moved up to the Garigiiano river crossing then were pulled back in Dec 43 prior to the landings at Anzio. Coming ashore a week after the start of the initial landings. Shortly after the landings Frank was medically evacuated with malaria, to Taranto then on to Egypt. After his recovery, he joined a group of Light Anti-aircraft personnel who were being retrained as infantry.

About a month later it was back to the Gothic line then north to Lake Comacchio.

By the time, Frank reached the River Po crossing things were relatively quiet as the allied air forces had caught the Germans in their retreat. After which they moved ever north eventually arriving in Venice. Having taken part in a large parade in St Mark’s Square after which the partisans held their own parade. 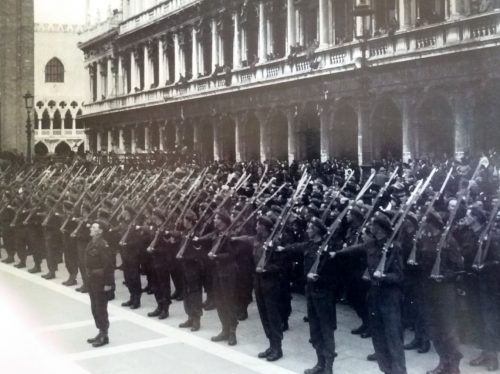 Then on to Trieste where they met up with the Yugoslav army at the end of war in Italy. By which time the German had left the locals with no food. It was in the area just outside Bazzavitsa a pit was found which contained the bodies of a number of partisans who had been executed by the Germans.

Frank came back home for a short period of home leave following the German surrender after which he returned to Trieste and transferred to the Military Provost Staff. It was not until January 1964 that Frank finally retiring from the Army settling down in rural Kent.