Our New House in Italy and the leftovers from the War!!

In 2011, we had an opportunity to visit Abruzzo, staying just outside Casoli in a small village called Palombaro.  We were so taken by the stunning scenery, the friendliness of the local people listening to their stories about the war and their memories of the British Army based in Casoli.

It was during our stay that we first heard about the Sangro War Cemetery and were so humbled to learn about the fierce battles fought along the Gustav line and by the sacrifices made by such young men, particularly the British and other Commonwealth soldiers.

We developed a special bond with Palombaro, so much so we decided to move here and after three years we finally had the keys to our house in the tiny village of Limiti.  Little did we know that it had a small part in WWII history.  We had been told by the Estate Agent that a couple of hand grenades and a revolver had previously been found in the grounds which was not unusual according to locals who remember as children, finding ammunition in the fields.  However, during restoration work, our poor builder had quite a shock when working outside and three floors up some scaffolding, he stumbled across another pair of live British hand grenades left lying in what would have been a pigeonhole next to our kitchen window.   To think a few months earlier we had to forcibly close that particular window and not two feet away lay live ammunition!

Suffice to say, the local services safely disposed of the two hand grenades and he was able to continue the restoration work.  We also found out that during the exchange of fire with the enemy, a shooting hole in the back of the house was used by the British as the Germans retreated towards Pennapiedimonte. 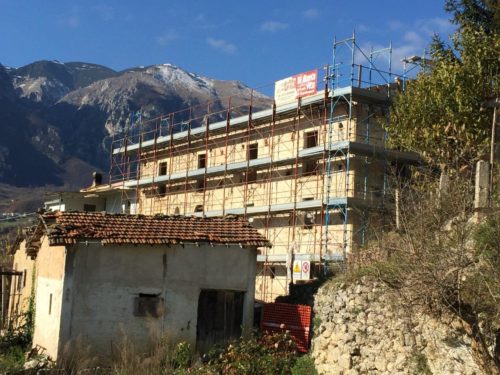 We know the house once belonged to a pharmacist and at some point, was the local school before being converted into two homes. We are trying to trace the full history of our beautiful home and would love to hear of any stories about Palombaro, Casoli or if someone can tell us something about our home. 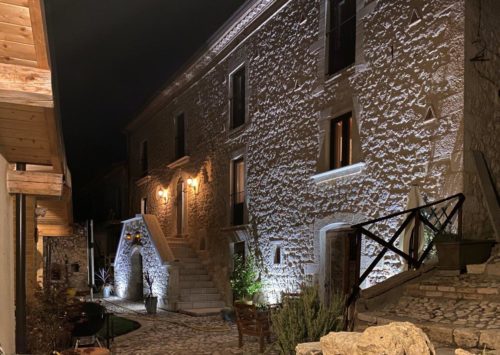