The Battle for Centuripe July -August 1943.

The Sixth Battalion The Queen’ Own Royal West Kent Regiment, Sicily
July -August 1943.
The Battle for Centuripe.
On the afternoon of 31st July, the battalion marched through Catenanuova to a forming-up position north of that town. During the move enemy fighter-bombers dived low and dropped bombs amongst the transport and on either side of the marching column, but there were no casualties. Before midnight the battalion began to move up to the start line, which was about four miles’ south-west of Centuripe and being held by 11th Brigade. The advance from there was to be made with the 6th Battalion moving over the hills on the left., the Buffs moving up the line of the road on the right, and the Argyles in reserve. It was to be a silent attack, and for the battalion the objective was the high ground west of Centuripe.
The night was very hot. There were no mules, and, because of the doubt as to whether there would be any wells to quench their sulphurous thirst, the troops were each carrying two full water-bottles besides the burden of tools and rations and ammunition for forty-eight hours. A Company (Major Defrates) was in the lead, and their scouts moved forward to gain contact with the troops of 11ht Brigade on the start-line. But some German parachute troops, who had been hiding in the rear of 11th Brigade’s forward positions and had now come out of their caves, caught A Company in a vicious cross-fire before the start-line was even reached. These Germans were on a steep hill, and when A Company attempted to move around behind them they fired from the top of it. C Company (Major Taylor) came forward, and the two companies moved up the hill against heavy automatic fire. Major Taylor was wounded, the troops checked, and Gordon Defrates, assuming command of both companies, shouted encouragement to the men and led them up the rocky slope. This assault was greatly assisted by the supporting fire of two Bren guns, which were personally placed in position by Serjeant Obbard. The enemy were driven off the hill, but casualties in the assault were numerous, including Major Defrates and Lieutenants Restall and Tyler, who were wounded.
Before dawn the start-line had been cleared, and the whole battalion moved forward. But soon after daylight considerable sniping from the enemy outpost on a feature in front held up the advance. C Company was launched against it. The enemy fire was too strong, and the company went to ground about half-way up the hill. D Company then went forward and after a tough fight the enemy withdrew to his main positions about Centuripe. Meanwhile, on the line of the main road, the Buffs had been pinned down by devastating fire, and ‘Swifty’ Howlett, still commanding 36th Brigade, ordered the Argyles to assault Centuripe straight up the hill, while the Buffs followed and the 6th Battalion continued its advance on the left. It was now intensely hot, the overloaded men were tired as well as thirsty, and the ground was so broken that the use of tanks was impossible. Nevertheless, the troops of the battalion scrambled forward over the jumble of loose rocks and gorges under mortar fire and machine-gun fire from peaks above. Most of the fire was coming from high ground to the left of the town, and the advance in that direction continued slowly for the remainder of the day.
That night, 1st August, the Eat Surreys from 11th Brigade were thrown into the battle between the Argylls and the 6th Battalion with orders to advance up a mule track. At 11.30 p.m., the attack was resumed after heavy bombardment by our guns, and A and B Companies of the 6th Battalion succeeded in capturing two steep features after a brisk battle with German snipers. Up to this time casualties in the battalion had been twelve killed and thirty-three wounded. There was still so sign of the enemy withdrawing, and all the next day the fight continued across the gorges. That evening, 2nd August, B Company put in an attack on yet another hill. This time was also successful, though the supporting bombardment for this attack caused five casualties in C Company through one gun firing short. By this time the brigade had been on the mover and fighting continuously for nearly forty-eight hours against a determined enemy and, although it had been able to capture Centuripe, General Evelegh decided that it had done enough. The Irish Brigade passed through the positions held by 36th Brigade and captured the town that night.
After three nights ‘and two days’ bitter fighting the Battle of Centuripe had ended in a notable victory for 78th Division. In General Montgomery’s opinion, no other division in his army could have carried out the operation successfully. In the division, itself the general belief was that had been worse than the Battle of Longstop, Tunisia April 1943. 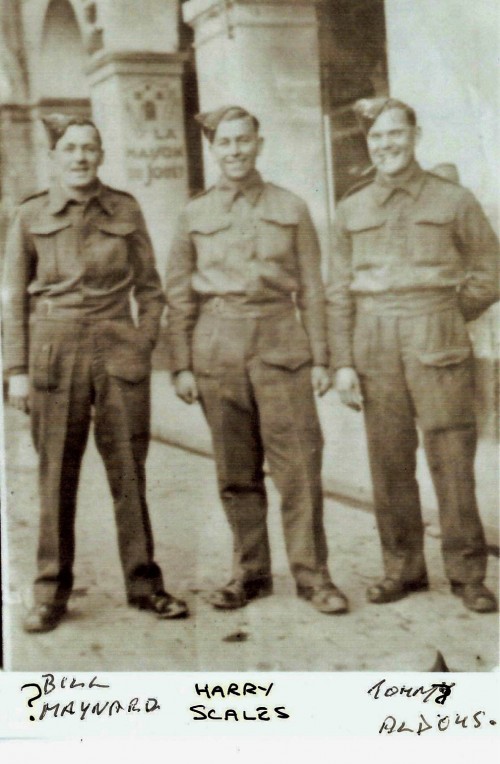