The first event on the City of Plymouth’s programme for Allied Forces Day was a service of commemoration and thanksgiving, held on The Hoe at 9.30am.  This meant an early start to be seated by 9.15am.

Once again the weather was kind – a gentle breeze and warm sunshine – so that was just perfect, particularly as there was no provision of cover, should the elements have been against us.

After the last post and reveille over 50 wreaths and floral tributes, including one laid by me on behalf of all veterans and members of the Italy Star Association, were placed around the base of the monument.

Reverend Richardson read an oration attributed to Pericles C470-399 BC.  The oration has been included in previous services but the words just tug at my heart so much I felt I must share several of the sentences with you here:-

“For the whole world is the sepulchre of heroes; monuments may rise and tablets be set up to them in their own land, but on far-off shores there is an abiding memorial that no pen, no chisel has traced; it is graven not in stone or brass, but on the living hearts of humanity.  Take these men for your example.  Like them, remember that prosperity can only be for the free, that freedom is the sure possession of those alone who have the courage to defend it”.

After the service it was lovely to have a little time to talk to Italy Star veterans Charles Hopkin and Ken Reed (who was accompanied by his wife Pat).  Association member David Gaskin also attended and laid a wreath in memory of his late Uncle who served with The Buffs.

Ken Reed served with RAF 250 Squadron who were involved in battles from April 1941 onwards, in Tobruk, Alamein, Tunisia and Sicily.  The squadron was part of the initial fighting on the Italian mainland as well as the landings at Anzio and battles for Cassino.  His Squadron flew its last operations in May 1945 in the Lienz area of Italy and disbanded at Treviso in January 1947.

I was also able to speak to the Polish Defence Attaché, Colonel Piotr Pacek who was part of our annual reunion parade and service back in May. 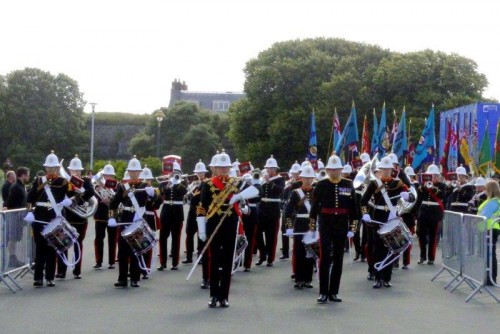 The Band of Her Majesty’s Royal Marines, Plymouth 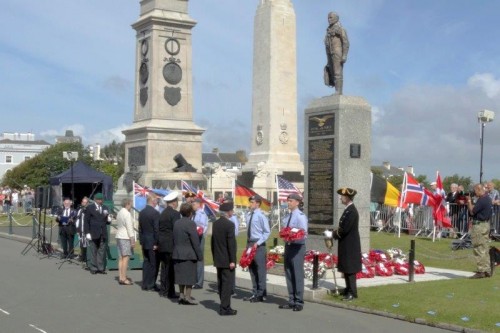 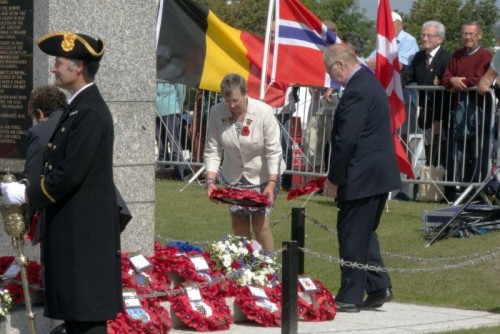 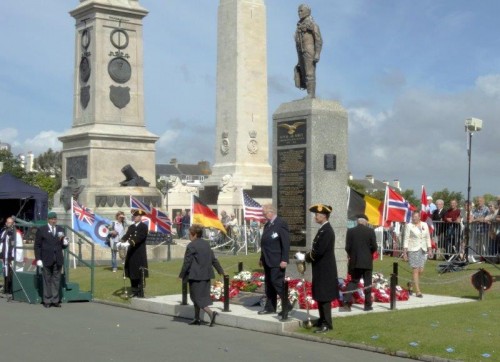 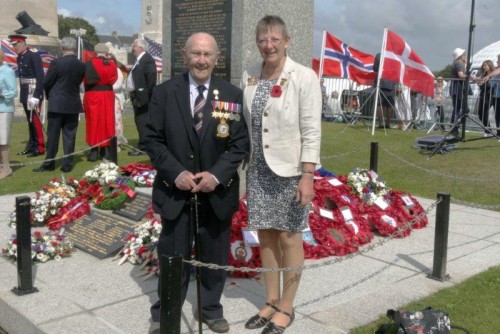