The first event on the City of Plymouth’s programme for Allied Forces Day was a service of commemoration and thanksgiving, held on The Hoe at 9.30am.

Driving to Plymouth we encountered a couple of light showers and grey skies around the city greeted us as we arrived. However, once again, there was no precipitation! In fact, there were several long periods of blue sky and warm sunshine, helping to counteract a fairly strong breeze.

After the lament, last post and reveille, wreaths and floral tributes, including one laid by me, on behalf of veterans and members of the Italy Star Association, were placed at the monument. 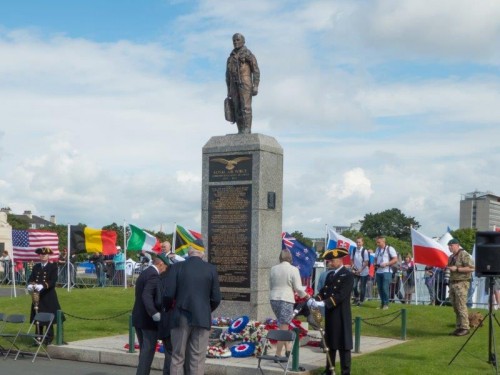 During the service a reading was given taken from The Sirach, the wording of which spoke powerfully to me, about the forces who didn’t return home, as well as veterans who are no longer alive. Ecclesiasticus Chapter 44 verses 1-14: –

Let us now sing the praises of famous men, our ancestors in their generations.
The Lord apportioned to them great glory, his majesty from the beginning.
There were those who ruled in their kingdoms, and made a name for themselves by their valor;
those who gave counsel because they were intelligent; those who spoke in prophetic oracles;
those who led the people by their counsels and by their knowledge of the people’s lore;
they were wise in their words of instruction; those who composed musical tunes, or put verses in writing; rich men endowed with resources, living peacefully in their homes – all these were honoured in their generations, and were the pride of their times.
Some of them have left behind a name, so that others declare their praise.
But of others there is no memory; they have perished as though they had never existed;
they have become as though they had never been born, they and their children after them.
But these also were godly men, whose righteous deeds have not been forgotten; their wealth will remain with their descendants, and their inheritance with their children’s children.
Their descendants stand by the covenants; their children also, for their sake.
Their offspring will continue forever, and their glory will never be blotted out.
Their bodies are buried in peace, but their name lives on generation after generation.

After the service was a short break before the parade which gave time to talk to Italy Star veterans Garth ??? (member of the Monte Cassino Society), Ken Reed (accompanied by his wife Pat) and Norman Knipe (who did not know about the Italy Star Association!) but who I hope we will be able to encourage to join. Association member David Gaskin also attended and laid a wreath in memory of his late Uncle who served with The Buffs. So the Italy Star veterans had a good representation. 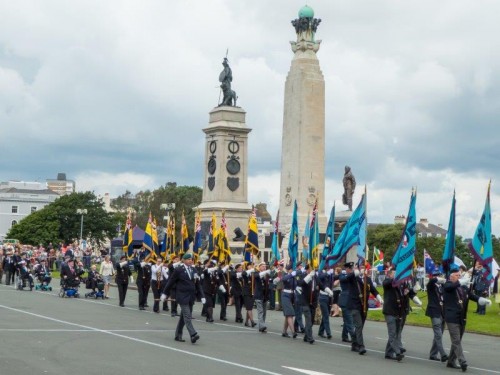 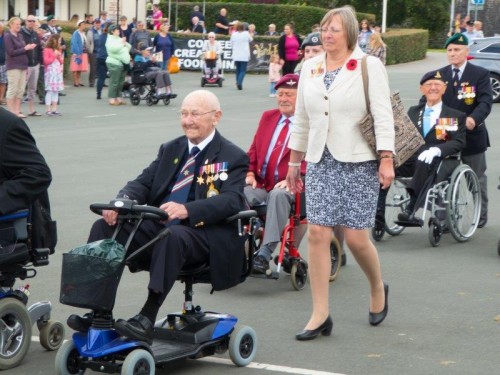 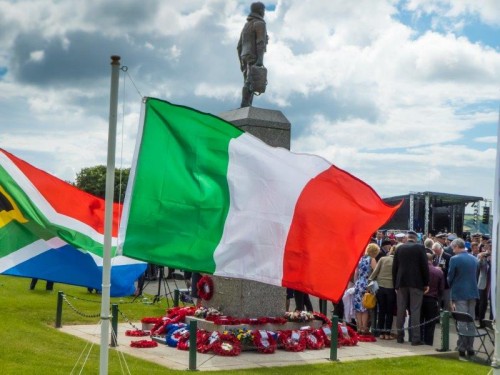 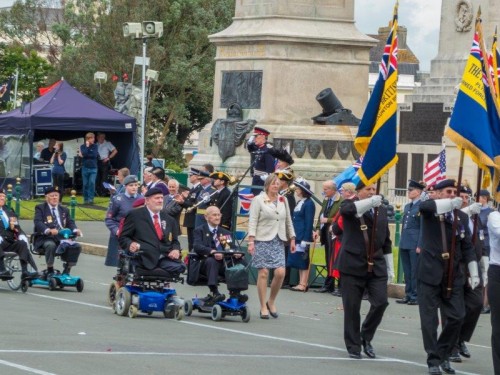