The 75th Anniversary of the Italy Campaign
In April 2019 The Royal British Legion invited veterans of the Italy Campaign to join them on a journey of Remembrance to commemorate the 75th anniversary of the battles of Monte Cassino and Anzio. On this very special occasion we (Pam and Brian) were lucky to have our son and daughter accompany us.
We stayed at a hotel at Heathrow the night before an early start for our flight to Rome. At Rome we met up with the rest of the party – 10 veterans, 32 relatives and carers, two guides and a doctor. We travelled by coach to Terracina to a typical Italian Hotel as our base for the rest of the tour
We visited the cemeteries at Minturno and Anzio, including the Polish Memorial for the Polish veteran in our party. We also visited the Abbey of Monte Cassino which has been wonderfully restored after complete destruction in February 1944.
On the final day we went to the British Commonwealth Cemetery at Cassino for the Service of Remembrance. This was attended by well over 1,000 people, comprising contingents of Canadians, New Zealanders, South Africans, French and Americans. It was a very emotional ceremony followed by the laying of wreaths. My wreath was in memory of the 8th Indian Division. This was followed by a reception given by the British Ambassador where I was introduced to an Attaché of the Indian-Embassy and we discussed the part played by the 8th Indian Division in the Italy Campaign (1943-1945).
In the final evening at the hotel we had a gala dinner including a wonderful cake with the hotel’s thanks for freeing the town in the war. We said a reluctant farewell to all the wonderful people in our party whom we had had the privilege of meeting. 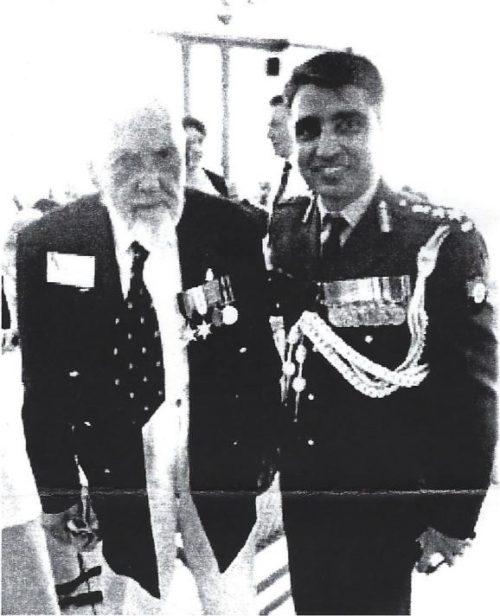 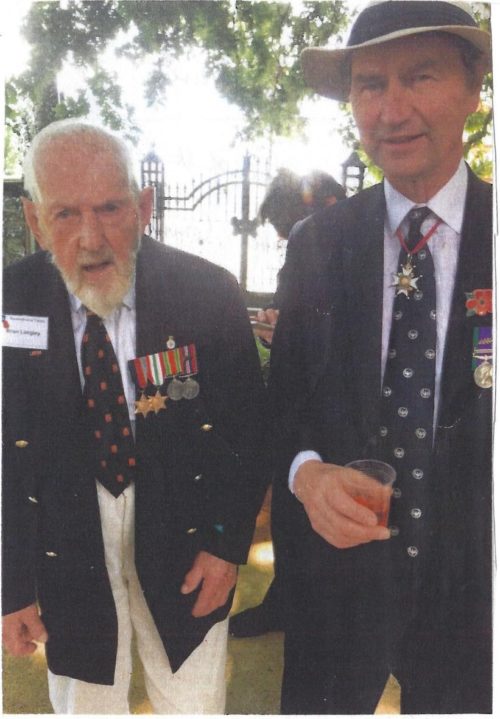 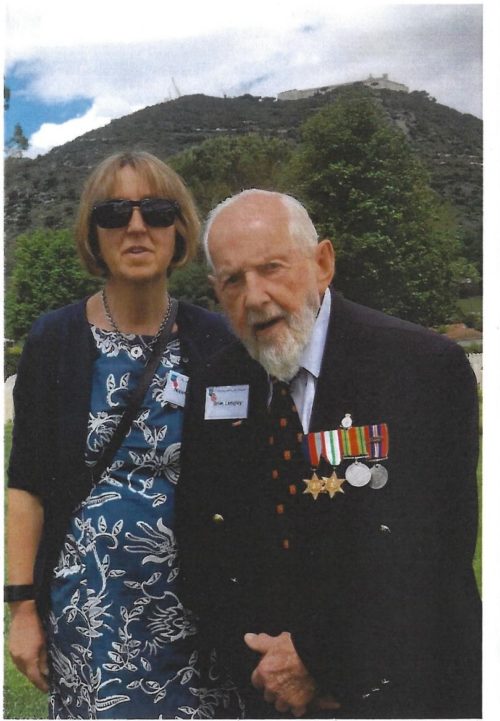 Bryan with his daughter Nicola 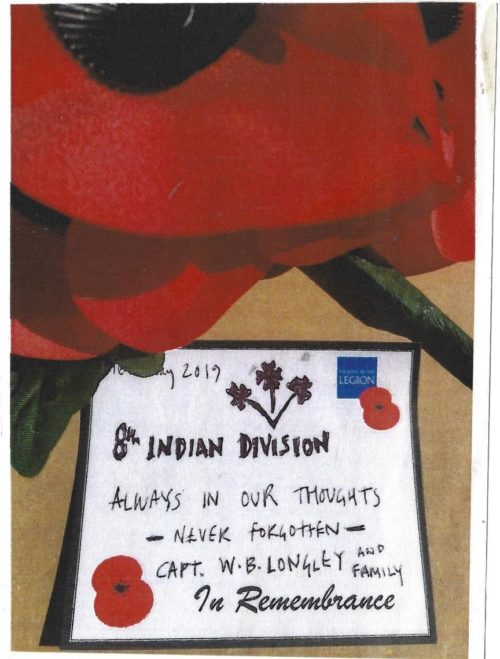