Brian Longley shares his thoughts on just a part of the action he saw with the 8th Indian Division HQ Troops Transport Company between September 1943 and May 1945.

In April 1944, my Platoon, part of  with the 8th Indian Division Troops Transport Company (RIASC) was moved from the Adriatic front to take part in the final battle around the monastery on Monte Cassino. There were three previous battles starting in December 1943 before the Germans finally withdrew in May 1944.

During the fourth and final battle I had under my command 20 Jeeps with trailers in which we transported munitions, fuel, and food to the front-line troops. I had 60 Sepoys driving the Jeeps and they did a wonderful job.

On two occasions we took munitions into what was left of the town of Cassino. The operation took place at night in two 3-ton lorries crawling along at 2mph, no lights and with tail chains of the lorries wrapped in hessian to eliminate noise which would bring a barrage of German mortar bombs down on us.

After the capture of Monte Cassino, the Division was rested in the countryside around Assisi where I celebrated my 21st birthday. We then moved north east to Florence. Several months after the fall of Florence one of our 3 Brigades was switched one hundred miles west to Pisa to assist the American 92nd Division to restore the line after the Germans launched an offensive in that area. By Christmas Day 1944 the line was restored, and the Brigade returned to the Florence area and a few months later the Division crossed mighty river PO. By this time, I had been promoted Captain in charge of all the transport used by the General and Staff Officers at Divisional HQ. Then in April 1945 the Division accepted the surrender of 11,000 men of the First German Parachute Division and we knew then the war in Italy was over. 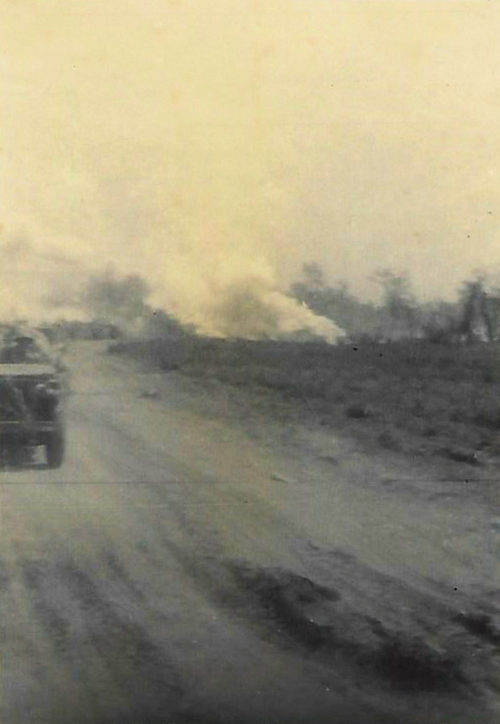 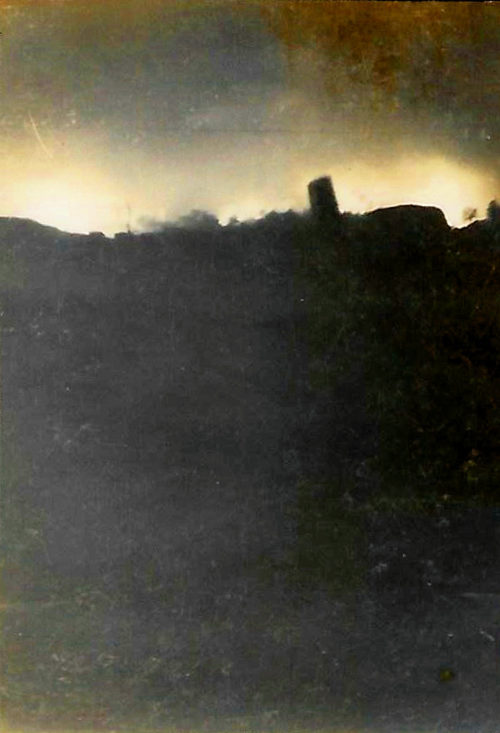 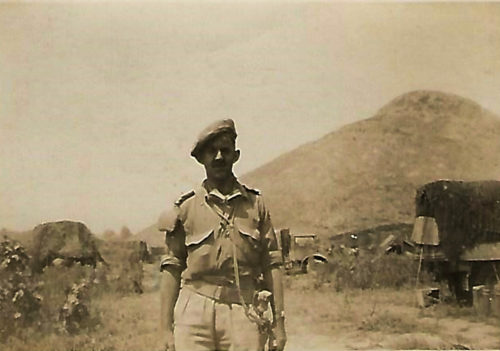 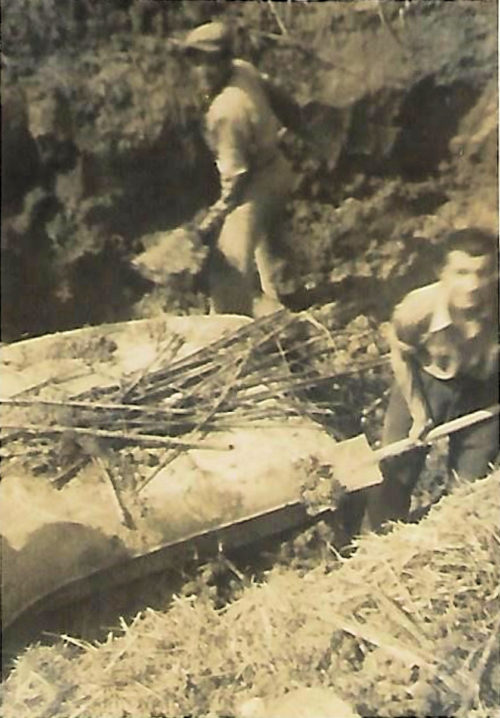 In a village near Faenza digging out a car which had been buried for safe keeping. April 1945