Italy Star Association member Howard Gwynne who is also part of the RBL Poppy Appeal Team in Exeter received a request from a local funeral director Shoobridges to lay a wreath on their behalf at the Armistice Day Commemorations on Monday 11th November in the CWGC Cemetery which is part of the Exeter’s Higher Cemetery.

The Armistice Day Commemorations  were attended by the Lord Mayor of Exeter Councillor Peter Holland and military dignitaries in rather poor weather conditions.

Howard laid the wreath on behalf of his father Gunner Gwynne who served with the Royal Artillery during the Italian Campaign and all Italy Star Holders and their descendants.

In this 75th year of D Day it should not be forgotten that the forces in Italy had been fighting since July 1943 and would continue to slog it out until May 1945. 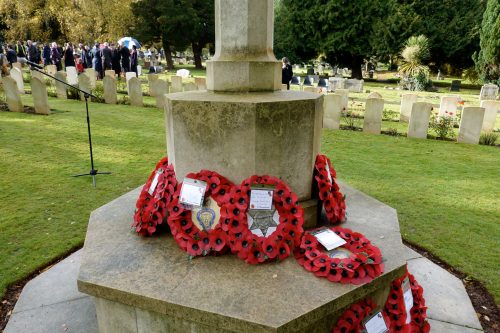 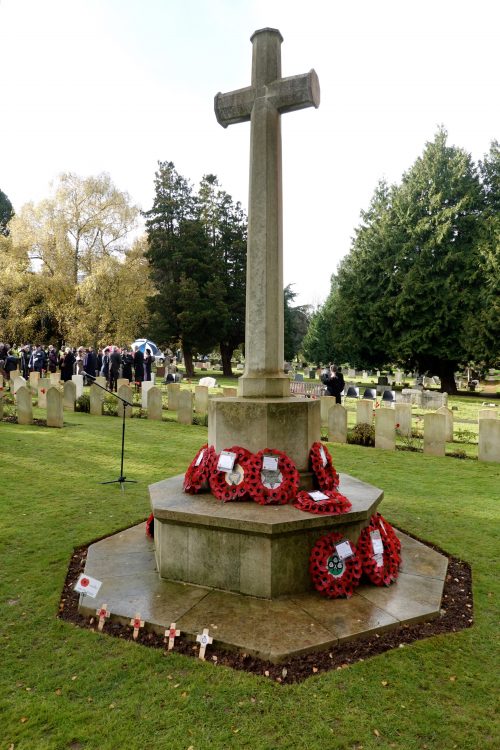