Following an announcement by the French President following the 70th anniversary of the ‘D-Day Landings’ that all Veterans who fought for the liberation of France. Those taking part in operations in France between 1944 and 1945 were to receive one of Frances Highest honours, the Legion d’ Honneur.

More recently John attended a D-Day Reunion at Southwick House along with some 45 other veterans. Southwick House was where the operation was plotted on a large map which was used with pins and ribbons showing the positions of troops and ships during the operation. The reunion was attended by Prince Harry who told John ‘It’s a very special opportunity to meet you guys’. Afterwards John said ‘He’s a very down-to-earth fella. He does so much for us soldiers and sailors. He follows his mum’. Before leaving he wished them well on their trip to France for the commemorations.

On Sunday 10th July Edward attended the Associations Annual National Memorial Service in Westgate Gardens, Canterbury. Although not as brighter day as we had for the ‘Drum Head Service’ at the reunion the rain stayed away with just a little drizzle near the end of the ceremony before we retired for lunch. 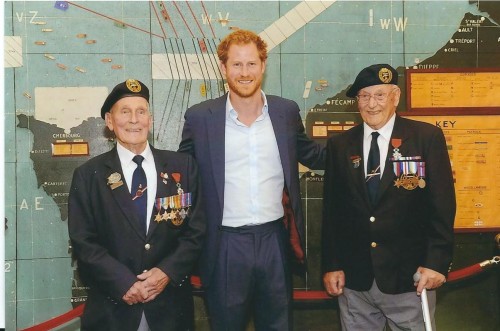 The Veterans with Prince Harry at Southwick House (this picture was published by the Portsmouth News on 3rd June 2016). 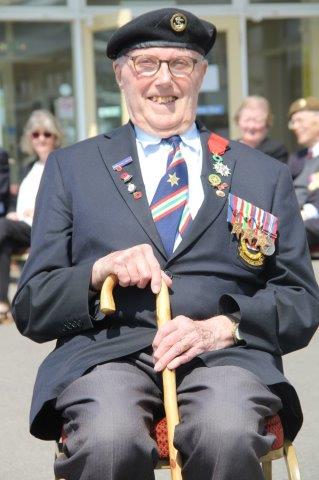 Edward Needham at the 2016 Reunion 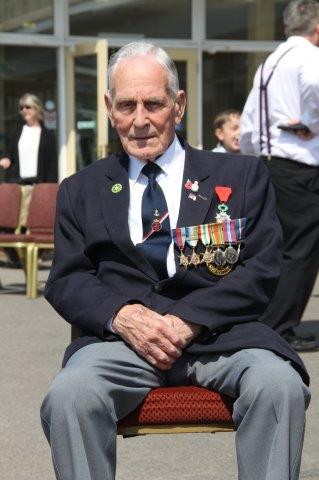 John Dennett at the 2016 Reunion