A Fair Sort of Battering edited by Megan Hutching

A Fair Sort of Battering  edited by Megan Hutching

The Amazon Review
‘The New Zealand Division landed in Italy in October 1943 and entered the line at the Sangro River on 14 November. They fought up the east side of Italy becoming bogged down at Orsogna for two months from where they were withdrawn in January 1944. They then swapped coasts and moved across the Apennines to the west side of the country where they came to a screeching halt at Cassino. Three hard-fought battles took place here before the New Zealanders could move past and on to Rome and almost as far as Florence. The Division was then transferred across the country again and began the long hard slog over rivers and through river valleys up the east until finally reaching Trieste in May 1945. It was unpleasant fighting and a great contrast to the desert war. Here it was cold and wet and it snowed. But there were also compensations – many of the men got on well with the Italian people who most greeted them with great enthusiasm. This book tells the story of those who participated in the campaign – infantry (including 28 Maori Battalion) engineers artillery a nurse and a Tui (New Zealand women who worked in the New Zealand Club in Egypt and Italy) and hopefully Air force and Navy interviewees so that the sample is as wide as possible. 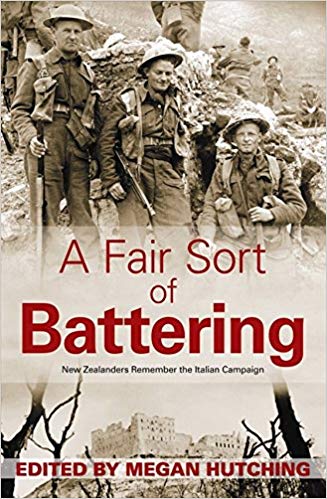