Written by Richard Doherty and illustrated by Rob Chapman 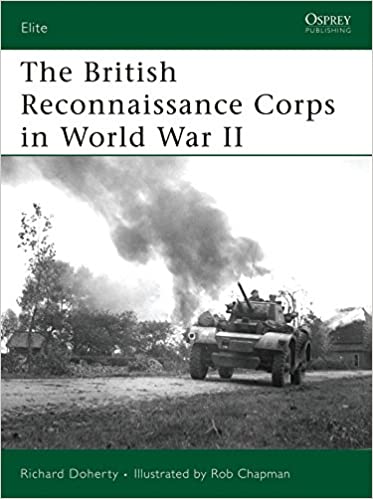 This book recounts the combat service, and explains the organization, of the ‘Recce’ Corps, whose units provided the mobile spearhead of the British infantry divisions from the Far East to Europe. Trained to probe ahead and locate the enemy, and to screen the flanks and rearguard when under attack, the Recce troopers fought both from their light armoured vehicles and on foot. The text is illustrated with rare photos from private collections and colour illustrations of uniforms, insignia and the armoured cars of a corps whose contribution to victory was largely forgotten after disbandment at the close of World War II.