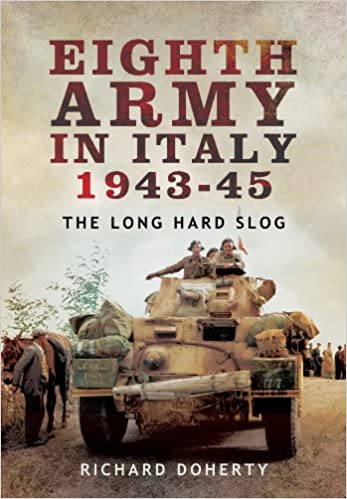 Eighth Army, Britain’s most famous field army of the twentieth century, landed in Italy in September 1943 and fought continously until the defeat of the Germans in early-May 1945. This book studies the experience of Eighth Army in the Italian campaign, examining how a force accustomed to the open spaces of North Africa adjusted to the difficult terrain of Italy where fighting became much more a matter for the infantry than for the armour. It also compares the qualities of the commanders of Eighth Army in Italy: Montgomery; Leese and, finally, McCreery. The book uses official records at various levels, personal accounts – some never before published – and published material to present a picture of an army that, although defined as British, was one of the war’s most cosmopolitan formations. Its soldiers came from the UK, Canada, India, Ireland, Nepal, New Zealand, Poland and South Africa as well as from Palestine – the Jewish Brigade – and from Italy itself.