British Prisoners of War in Italy: Paths to Freedom by Malcolm Edward Tudor

British Prisoners of War in Italy: Paths to Freedom 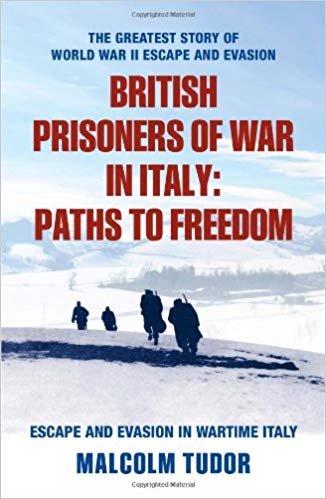 In September 1943 fifty thousand British and Allied prisoners of war fled their camps after the Italian armistice and surrender. The Allies had landed in the south. The Germans occupied the rest of the country and brought back Benito Mussolini as head of a puppet Fascist republic. This gripping account shows how the escapers were helped by a secret army of Italian civilians and members of the Resistance. They include the author’s mother and grandparents who aided 20 escapers from prison camp 49 at Fontanellato. Over seventeen thousand Allied escapers used the Italian mountain trails to reach Switzerland or to cross enemy lines to the Allied armies in Italy. The country tracks became paths to freedom.
Paperback – 8 May 2012
ISBN-13: 978-0953896479
by Malcolm Edward Tudor